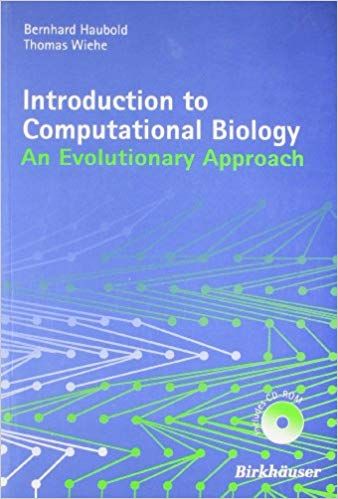 Molecular biology has changed dramatically over the past two decades. Until the early 1990 genes were studied one at time by small teams of researchers; today entire genomes are sequenced by internationally collaborating laboratories. In bygone gene-centered era the accumulation of data was the rate-limiting step in research. Now that step is often data interpretation. This is increasingly dependent on computational methods and as a consequence, computational biology has emerged in the past decade as new sub discipline of biology. This introduction to computational biology is centered on the analysis of molecular sequence data. There are two closely connected aspects to biological sequences: (i) their relative position in the space of all other sequences and (ii) their movement through this sequence space in evolutionary time. Accordingly, the first part of the book deals with classical methods of sequence analysis: pairwise alignment, exact string matching, multiple alignment and hidden Markov models. In the second part evolutionary time takes center stage and phylogenetic reconstruction, the analysis of sequence variation and the dynamics of genes in populations are explained in detail. In addition, the book contains a computer program with a graphical user interface that allows the reader to experiment with a number of key concepts developed by the authors. Introduction to Computational Biology is intended for students enrolled in courses in computational biology or bioinformatics as well as for molecular biologist, mathematicians and computer scientists. This special low-priced edition is for sale in India, Bangladesh, Nepal, Pakistan and Sri Lanka only.