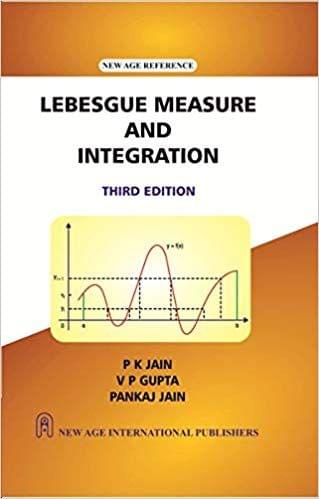 The book is intended to provide a basic course in Lebesgue Measure and Integration for the Honours and Postgraduate students of the various universities in India and abroad with the hope that it will open a path to the Lebesgue Theory to the students. Pains have been taken to give detailed explanations of reasons of work and of the method used together with numerous examples and counter examples at different places in this book. The details are explicitly presented keeping the interest of the students in view. Each topic, in the book, has been treated in an easy and lucid style. The material has been arranged by sections, spread out in seven chapters. The text opens with a chapter on preliminaries discussing basic concepts and results which would be taken for granted later in the book. The chapter is followed by chapters on Infinite Sets, Measurable Sets, Measurable Functions, Lebesgue Integral, Differentiation and Integration and the Lebesgue Lp-Spaces. The book contains many solved and unsolved problems, remarks and notes at places which would help the students in learning the course effectively.