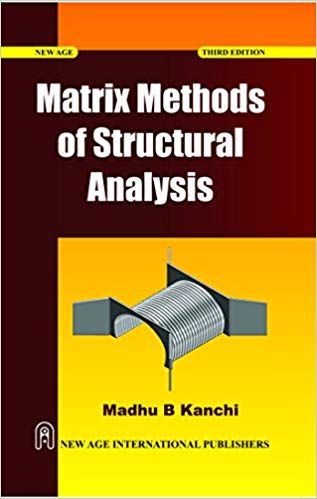 This revised and enhanced version, presents the general theory and computer applications of structural analysis. Static, dynamic and nonlinear methods of analysis are treated as applied to frames and assemblies of finite elements. The book provides sufficient information regarding computer implementation of analysis procedures. The book begins by introducing the basic considerations of equilibrium, kinematics and virtual work. This is followed by two chapters dealing with element flexibility and stiffness relations. Force and displacement methods are then introduced in four subsequent chapters, of which, three are devoted to the displacement method. The first introduces the displacement method as applied to frameworks. In the second, the finite element method is introduced and demonstrated using plane elasticity as an example. In the third, some of the general issues of the displacement method, such as solution of equations, static condensation, constraint equations, are discussed. The book then proceeds to discuss the extension of the linear analysis to dynamic and nonlinear problems. After introducing the basic ideas of mass and damping matrices, the mode superposition and direct numerical integration procedures are explained. The two subsequent chapters then provide an introduction to the methods of nonlinear analysis. The basic ideas of geometric and tangent stiffness matrices are introduced, followed by techniques of incremental and iterative methods of analysis. In the last chapter, computational aspects are discussed in sufficient detail with respect to a two dimensional finite element program using isoparametric elements. A complete listing of the Fortran coding of the program is provided, with references to the theory. The logic of general purpose structural analysis program is discussed. Written as a text with illustrative examples and exercises, the book serves the needs of a typical course of advanced structural analysis. with deletion of some topics, the book serves as a text at undergraduate level and with some additional reference material provided, it serves as a principal text at postgraduate level.