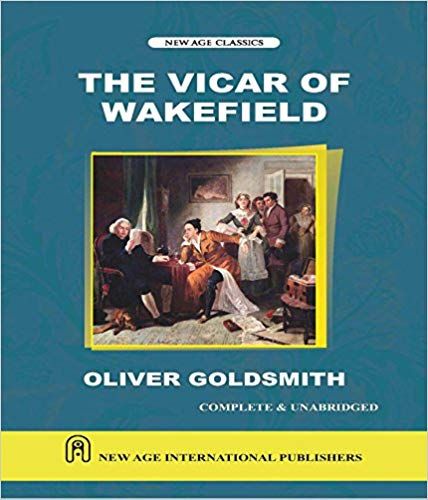 The Vicar of Wakefield

The Vicar of Wakefield (1730 1774) published in 1766 is the only novel of Oliver Goldsmith. It was one of the most popular and widely read 18th century novel among Victorians. It was thought to have been sold to the publisher for 60 on Oliver Goldsmith s behalf by Dr. Johnson to enable Goldsmith to pay off outstanding rent and to release himself from his landlady s arrest. It is the story of Dr. Primrose, a benevolent vicar and follows them through their fall from fortune and their ultimate rise again. The story provides an insight into family life and circumstances in the mid 18th century. The plot has many aspects of a pantomime-like quality: impersonation, deception, an aristocratic villain and the abduction of a beautiful heroine. The Vicar of Wakefield is often described as a sentimental novel which displays the belief in the innate goodness of human beings. But it can also be read as a satire on the sentimental novel and its values, as the vicar s values are apparently not compatible with the real sinful world. It is only with Sir William Thornhill s help that he can get out of his calamities. The novel can be regarded as a fictitious memoir, as it is told by the vicar himself by retrospection.